UAB- The School We All Forgot About 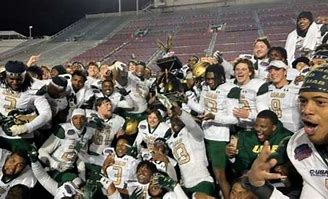 The University of Alabama Birmingham is one of the most intriguing football redemption stories possibly ever. A program that was once the laughing stock of college football is now possibly one of the most consistent in the country. The story of the UAB football program is something straight out of an ESPN 30 for 30 films.

The University started playing football at the D3 independent level in 1991. After climbing the ranks from D2 to D1 independent they joined Conference USA in 1999. This transition was not an easy one for the Blazers. Then head coach Jim Hilyer went 27-12-2 during the programs foundation from 91-94 and lead them through the D3 and D2 transition.

Legendary Coach Watson Brown would take the helm of the Blazers to lead them into D1 Independent and eventually Conference USA. He would go 62-74 from 96-2006. In 2004 Watson would lead the Blazers to their first bowl game in program history in a loss to Hawaii in the Hawaii Bowl. The job he did at UAB will be forever remembered. In 2006 Watson would resign from the position.

UAB would turn to Neil Callaway to lead the program after Watson’s departure. This was at the time a sleeper choice for the head coaching position. Callaway would compile a record of 18-42 from 2007-2011 while at UAB.

UAB administration was back at the drawing board again to fill the head coach position. Garrick Mcgee would be named the 4th coach in program history. His tenure in Birmingham was not a positive one as he went 5-19 in his two years. The Administration was now at a major crossroads for the future of the program.

UAB administrators made the decision to hire Bill Clark to replace Garrick Mcgee after his resignation. Clark would now be the 5th head coach in school history. His tenure would take turns no one saw coming.

On December 2, 2014, UAB would announce they were shutting the Football program down. This decision had coaches, players, and fans looking for answers. This decision had an immediate impact on the school. In 2014 the Basketball Program in Birmingham made a deep run in the NCAA Tournament. But what about Football? What about the players? On June 1. 2015 the school would announce the program was being reinstated. UAB Blazer football was back! To make this news even better UAB would announce a 5-year extension for Bill Clark. They were committing to their Head Coach and Football program.

Since the program was shut down in 2015 the Blazer program has been as consistent as any program in the country. In 2017 the blazers finished 8-5 and lost in the Bahamas Bowl. In 2018 Clark would take the Blazers to heights not seen before. The Blazers went 11-3 in route to their first Conference Championship followed by a win over MTSU in the Boca Raton Bowl. The wins would continue in 2019 by going 9-5. They would lose in the conference championship game 49-6 over Florida Atlantic and lose to Appalachian State 31-17 in New Orleans Bowl. During the 2020 season the Blazers were back to the conference championship for CUSA. They would win 22-13 over Marshall. Their Myrtle Beach Bowl game would be canceled.

The 2021 season has been one Blazer fans old and young will never forget. The program would move out of Legion Field and into a new stadium. Protective Stadium would be built with a 45,000-seat capacity and cost $200 Million dollars to build. The Blazers hosted Liberty in the new stadium on October 2nd in a loss 36-12. This new stadium shows the commitment to this program and its future. The World Games 2022 will be held in this stadium.  The Blazers finished the 2021 season with a 10-4 record and a bowl win over then #13 in the country BYU 31-28 in the Independence Bowl.

The story of UAB football is a literal after death story. They were left for dead, but they are well alive! Clark has now had the Blazers in 5 straight bowl game appearances. After the history this program has seen. I would say it’s safe to say that they are on the rise.