Where is the Loyalty in College Football? 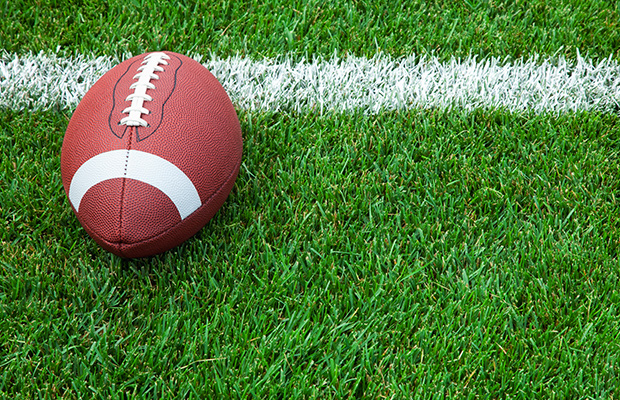 In a traditional College Football season, you will see coaches jump to new jobs after the season has ended. Most of these coaches would for the most part stay with their current teams until after the bowl games to make the transition to their new team. In recent years this has shifted to leaving prior to bowls. In 2021, coaches like Sonny Dykes, Lincoln Riley, Brian Kelly, and others have sent the coaching world in frenzy with their moves. Have they set the new trend of College Football coaches?

We as fans all understand College Football is a business. The NCAA and its Universities for sure understand it is as well. The contracts that coaches sign today are quite indicative of that. The fact is this. The Universities, their coaches, and the players being recruited understand as well. These young men that are committing to these Universities are not committing to the school. They are committing to the coaches that are in their living room. The coaches that are in their text messages and letting them come take cool pictures with their family during visits. Today’s world of College Athletics has become like fast food. Everyone involved wants it all and they want it now. Based on this season’s trend we better hold on. Because it is getting wild!

For an example of universities want a change immediately to look no further than TCU. Gary Patterson, coach for 21 seasons, had accumulated a record of 181-79 and was intricate in the school making the transition to four different conferences {WAC, CUSA, MWC, BIG12} under his tutelage. After a 3-5 start to the 2021 season, it was announced that Patterson and TCU had mutually parted ways. Fans didn’t have to look far and long to find his replacement. They would go 40 miles east and get SMU head coach Sonny Dykes. Son of legendary coach, Spike Dykes, would get another shot at the Power 5 level with the Horned Frogs. Dykes comes in with a winning pedigree. The job he did while at SMU was impressive. His use of the transfer portal was simply stunning in his first season in 2017. He would use this to build the Mustangs to a top 25 team multiple times during his tenure. Dykes would leave SMU with a final record at head coach of 30-18.  In a surprising move his replacement in former Miami Offensive Coordinator, Rhett Lashlee, would be announced before Dykes introductory press conference in Fort Worth would ever take place. These are two examples of schools getting it now.  What about coaches getting it now?

Lincoln Riley came to the Oklahoma Football Program in 2015 when then Head Coach Bob Stoops hired him as an Offensive Coordinator. Just two seasons later, in 2017, he would be named Head Coach for the first time in his coaching career after Stoops would retire. From 2017-2021 Oklahoma would compile a record of 55-10 with Riley at the helm. He would continue the success of the Sooners while he was in Norman.  Last Saturday night, after the loss to Oklahoma State, Riley would make a decision that will anger Sooner fans for years. Most fans had seen the rumors that he was a candidate for the LSU vacant position at the time. Riley made it clear in his postgame presser “He was not going to be the Head Coach at LSU.” Sooner fans and the College Football world were about to be hit with a Bombshell!  The news would break on Sunday that Lincoln Riley was to be named the new Head Football Coach at USC. Riley makes the move to Hollywood as a proven winner at the Power 5 level and Offensive Minded coach. His work and success with quarterbacks have been well documented.

LSU would announce that just two years removed from a National Championship that they were moving on from Ed Orgeron. The names to replace him would begin to fly. Names like Texas A&M Jimbo Fisher, Ole Miss Head Coach Lane Kiffin, Lincoln Riley were on all the shortlists. Then, on Monday LSU would announce another Bombshell hire. Brain Kelly. Kelly was leaving Notre Dame after eleven seasons at the helm of the Fighting Irish. The place where he is the winningest head coach In school history. He would leave South Bend with a 73% winning percentage and a 106-39 record. Just last week during a press conference Kelly was asked about the at the time vacant position at USC. He denied any interest and made it clear he was happy at Notre Dame. His interest in LSU came fast. He informed his team by text message and had a meeting with them that reportedly was very brief.

I do not want it to seem like I am harping on schools for making these decisions. I understand completely why they must be made. At the end of the day, the amount of money brought in by these football programs for these schools around the country is downright astronomical. When you add in TV contracts and streaming services contact amounts it gets even crazier. I also understand that these head coaches have agents. Agents that know how to use every ounce of leverage out of them for their clients’ services.  The service of leading. The service of teaching and developing talent both in the classroom and on the football field. These agents are getting contracts that are literal dream deals for their clients. Do these coaches really have loyalty to these schools? This season makes that question clear to me.

The most disturbing part of it all to me is the effect on the players. They are abandoned by coaches that are signing contracts worth millions of dollars almost overnight. Do the players not deserve more than a text message in the case of Brian Kelly? What about their families? The people these coaches set down and promised they would treat their son like their own. Mold them into a great man later in life. All the sales pitches you can think of are used. We as fans complain at times when players sit or opt-out before bowl games for whatever reason. Why not coaches? Why does the NCAA not make changes to the early signing period of recruiting? These questions may never be answered. But I would love to see and hear some answers.