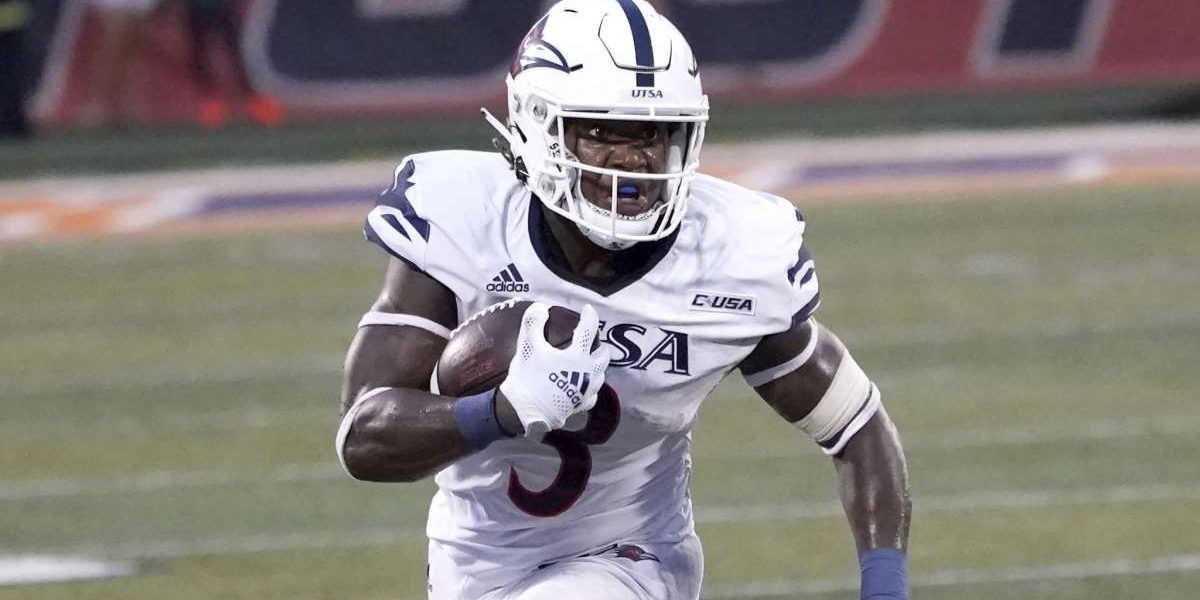 For the Tigers, the afternoon started off the way any fan, player, or coach would want… a muffed snapped by the opponent, resulting in a scoop and score (END, Wardalis Duckworth) for the hometown team.

Momentum is never a bad thing, especially when you can grab a little early!

Memphis would get rolling on offense through Freshman Quarterback Seth Henigan, and an air-attack that seemed nearly unstoppable, in WR Calvin Austin III and TE Sean Dykes. (Both receivers ending the first half of play with 3 receptions a piece, over 130 yards, and a single TD)

Memphis moved the ball with apparent ease against the UTSA secondary throughout a good portion of the first half of play, totaling 13 plays for 154 yards between the Tigers two scoring drives.

Big plays in each drive allowed the Tigers to move the ball quickly, extinguishing a mere 4:00 minutes off the game clock. The Tigers would Score 21 unanswered, going scoreless in the 2nd quarter, before UTSA would find their groove on the ground, and momentum, as it has a way of doing, would begin to swing…

Midway through the 2nd quarter was when the UTSA Roadrunners would being heating up, as their offense ran through thoroughbred Tailback, Sincere McCormick. If McCormick wasn’t a back on your radar before the game, he should be after the outing he had against the Tigers of Memphis.

McCormick was by far and away the “Offensive Player of the Game” with 42 carries for 184 and three touchdowns, adding 3 receptions for 33 yards. QB Frank Harris would also go on to have a nice day against the Tigers, tossing 18 for 28 and 186, with 1 TD pass to Zakhari Franklin (7-51-1).

The second half told the story of the day, as McCormick and UTSA would continue their ground assault on the Tigers, scoring 7 in the third, and 17 (unanswered) in the fourth. Memphis would score off a 1-yard rush by Brandon Thomas in the 3rd quarter. Those would be the last of the Tigers points on the day, as they were never able to get the ground game going and seemingly abandoned a passing attack that had the Roadrunners on their heels early.

Execution and ball protection were ultimately the undoing of the Tigers, in a game which seemed to favor the home team early.

The Tigers were 4 of 12 on 3rd down (33.3% for the day), with 6 punts, and 2 costly turnovers, both resulting in points for the Roadrunners, the latter being the game winning 42-yard field goal by Hunter Duplessis with 00:02 on the clock.

The Tigers also had 8 penalties for 73 yards, 2 of which kept the Roadrunners on the field, and would help extend drives for UTSA late in the game. UTSA extends their record to 4 – 0 on the season in handing Memphis their first loss of the year.

Memphis will look to improve ahead of their October 2nd road test versus the Temple Owls.