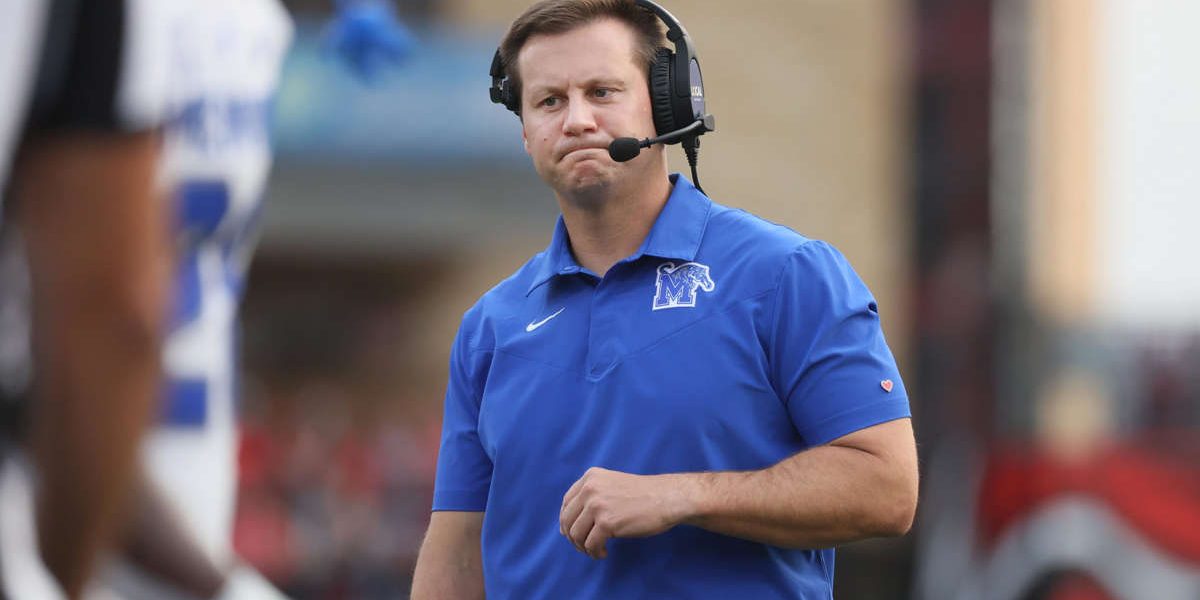 The Memphis Tigers traveled to Philly Saturday to battle a team that has always played them tough. Coming off a last-second Field Goal loss at the hands of UTSA last week the Tigers had to play smarter this week. The Turnovers had to get fixed. The Offense had to get going. The defense had to keep a lead. Under Ryan Silverfield the Tigers had never lost two games in a row. Couldn’t happen at Temple? Right?

The Tigers started strong by jumping out to a 17-0 lead. For the second week in a row after a big lead, the offensive play calling became conservative. The turnover bug struck again as Freshman RB, Brandon Thomas, fumbled in Memphis territory which resulted in Temple cutting the Tigers lead to 3 points in route to a memorable come from behind conference victory. Coach Silverfield voiced his frustrations in post-game “We trust Rodriguez Clark to carry the football but also Brandon Thomas put the ball on the ground again so that’s two fumbles by our young freshman in back-to-back weeks” Silverfield said “It doesn’t matter his age; we’ve got to own the Football. It doesn’t matter how good of a back he is, if we can’t hold on to it, we don’t give ourselves a chance.” We all will agree with that statement. The Tigers have now lost eight of their nine fumbles on the season. Silverfield said they “were going to practice it” and “harp on it” but at the end of the day you can not shoot yourself in the foot two weeks in a row and expect to win. Not being able to stay on the field has been an issue for this offense so far in 2021. It hasn’t helped the defense either. They{Defense} have been on the field seemingly the entire game every game. Defensive Coordinator, Mike Macintyre, has gone with a 3 down lineman front and it needs some tweaking, to say the least. Defensively the Tigers have yet to get any pressure on any QB it has faced this season. Tigers D needs to go back to the basics on simply wrapping up in their tackles. For the second week in a row, we have multiple players gashing us all over the field. This will have to be fixed immediately by this staff and players! This week in practice will be key for the Tigers moving forward. I would imagine a more inspired team will take the field next Saturday at 8 pm at Tulsa. The Memphis Fanbase on social media is calling for coaches to be axed after just the second loss of the season. Is this a knee-jerk reaction by fans? YES! Do things need to be fixed? Yes! Do I believe in Coach Silverfield to make the proper changes to get it fixed? Yes! What the fans need to do is trust the man and let things play out. Go support them in Tulsa this week and SHOW this staff and team WE are behind them.