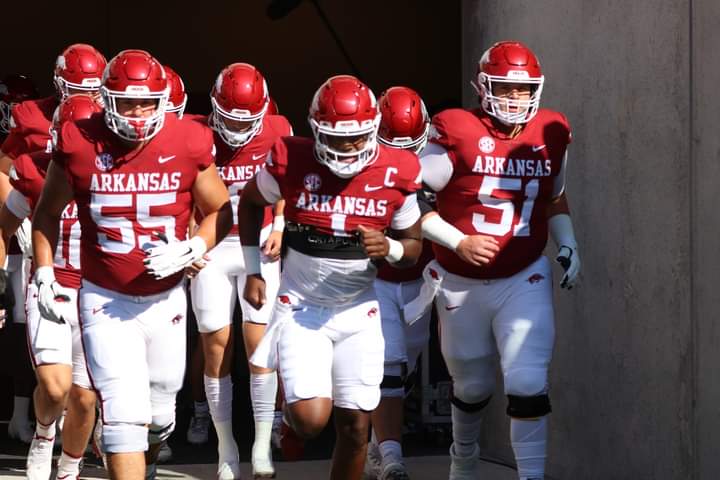 Story Behind The Game.

The #10 Arkansas Razorbacks will “welcome” back Bobby Petrino to Fayetteville this Saturday for the first time as an opposing coach. Although most Arkansas fans have put Petrino’s 2012 motorcycle accident behind them, which led to his firing, it will be interesting to see what response he will get from Arkansas fans on Saturday. There is no denying that Petrino was a great coach during his time at Arkansas, making the situation much more devastating to the program. Petrino’s two most successful years were in 2010 and 2011, where he led Arkansas to 10-3 and 11-2 records and trips to the Sugar and Cotton Bowls. Arkansas wasn’t relevant until last year when the team finished 9-4, securing an Outback Bowl victory against Penn State.

Arkansas Coming Into This Week

This season Arkansas (2-0) has defeated Cincinnati 31-24 and South Carolina 44-30. Missouri State (2-0) has wins over Central Arkansas 27-14 and UT Martin 35-30. Last week against South Carolina, Arkansas racked up 457 yards with 295 yards on the ground, but their defense allowed 371 pass yards. Arkansas won the turnover battle three to zero, which helped them pull out the win in a dominating victory that the score doesn’t reflect.

Despite all the storylines heading into this Saturday’s matchup with Missouri State, Arkansas should have no problem in this game. I’m sure Sam Pittman knows what is riding on this game, and he has conveyed the importance of this game to his players. Even if Arkansas starts a little slow, they should roll the Bears. Arkansas should be able to pound the ball down the field with the running game and not be forced to pass that much.

Raheim “Rocket” Sanders rushed for 156 yards on 24 carries last week against the Gamecocks, and he should be able to have his way this week against the Missouri State defense. There are also rumblings that Arkansas’s other talented running back, Dominic Johnson, will see some action on Saturday. Johnson has missed the first two games recovering from a leg injury that he suffered at the end of last season that required surgery in the offseason.

#10 Arkansas (2-0) seems to be clicking early in the year, much like last year when they started 4-0 before suffering their first loss to Georgia. With Star Safety Jalen Catalon being out for the year once again, the defense will need some players to continue to step up and make plays. Hog fans anticipate Cornerback Miles Slusher to return this week after suffering an injury in the Cincinnati game.

Who Wins In Fayetteville? 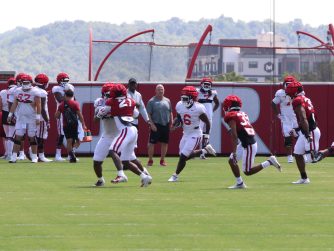