Richard Petty Motorsports is Back 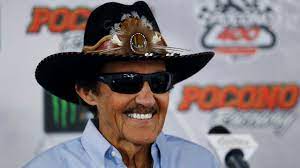 For NASAR legend and “King” of racing Richard Petty this 2022 racing season so far has been one to be excited about. It was announced on December 7th of 2021 that Richard Petty Motorsports {RPM} and GMS Racing would be merging into one and RPM would now have a two-car team in NASCAR. In years past RPM has struggled with success but this year feels different with the two young drivers he has driving for him. Who are these drivers?

Erik Jones will drive the legendary #43 car and so far, this season has shown he is a force to be reckoned with. The 25-year-old had a great week leading up to the race in Daytona by starting 15th and finishing 4th in the Busch Light Clash, starting 12th, and finishing 6th in Duel #1 coming into Sunday’s race. Jones would start the “Great American Race” in the 13th position and ran well all day before getting caught in a wreck late in the race. In this week Jones will start in the #2 position in Fontana, California.

Ty Dillon, who was in line to drive the #94 car for GMS, will be driving another legendary car in NASCAR history in the #42 car. NASCAR fans will remember this number from years past as, NASCAR Hall of Famer, Lee Petty drove this car in the Inaugural Daytona 500 in 1959. The #42 was most recently driven by Richard’s son, Kyle, in the 1982 season. Kyle would finish the Winston Cup series in the#15 final standings. Dillon, along with Jones, has started the season with great promise by starting in the 26th position at Daytona and finishing 11th. Starting in the 18th position in Fontana Dillon looks to keep his momentum going into this week’s race.

The NASCAR world will be taking notice of the young drivers Petty has in his team this season. Can they make a run for the “King”? Time will tell but this season is off to a great start.