by Will Bass10 months ago3 min read 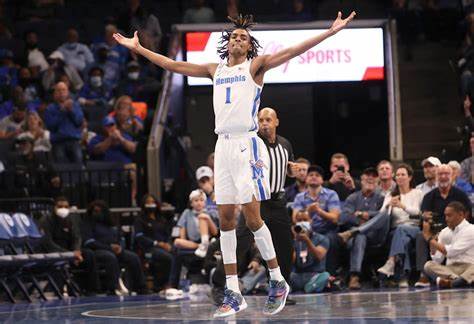 In their first “real” test of the season, the Memphis Tigers Men’s Basketball team looked a little out of sorts to begin play on Tuesday night while hosting the Saint Louis Billikens. Luckily for Tigers fans, this Memphis team is like my golf game, in that it usually takes me eight or nine holes to get going.

In what is considered a “rivalry” by diehard Memphis fans, the Tigers have held the upper hand over the Billikens with 32 wins out of the 58 meetings before tonight. Despite a winning record against the Billikens, Memphis has fallen to the pace of St. Louis before, as team’s past was known for basically “dribbling the air out of the ball.” Most recently was a 61-54, 2nd round loss to the Billikens in 2012 in the NCAA Tournament. This SLU team was much different. Quicker in transition, bigger, faster, and had it not been for a pre-season injury suffered by Saint Louis guard Javonte Perkins, this game could have been quite different.

Saint Louis ran very deliberate sets while on offense, taking an early lead over the Tigers, with neither team hitting double digits until halfway through the first half. Emoni Bates, Tyler Harris, Josh Minott, and Jalen Duren got the Tigers moving in the right direction with some offensive production, not to mention bench scoring. Memphis would lead by 15 at the half, 24 of their 42 points coming off of the bench.

As has been the case through the first few games of the season, the Tigers struggled with early fouls, and turnovers. Despite some sloppy play Memphis was stifling on defense, producing 14 blocks, and holding SLU to under 32% from the field, and under 23% from beyond the arc for the game. Saint Louis averaged 103 points per game before coming into the FedEx Forum tonight and left with 74 points on the board. Memphis held close to their YTD average of 89 ppg, laying 90 points on the Billikens, winning by 16.

Despite ball-security issues out of the Tigers (24 total turnovers) their ability to trap, and protect the rim played a pivotal role in their win tonight. Anyone with a ticket (or an ESPN + subscription) could see the immense amount of talent on this Tigers roster, within minutes, viewers across the nation saw 11 different players take the court. It took around eight minutes, but once Coach Anfernee “Penny” Hardaway and his All-Star staff found a lineup that worked, Tigers fans were able to breathe easy, as the Tigers were able to stretch their lead heading into the half, and held it rather comfortably through the remainder of the contest.

Having a guy like the “Player of the Game”, 4-year player Tyler Harris, transferring back home and giving you 19 hard-played minutes, dropping 18 points (several of which were momentum-swinging three-pointers!) certainly helps when trying to hold a lead. Memphis ended the game with 42 points off of the bench, Nolley, Harris, and Timberlake being the biggest contributors.

The Tigers (3-0) look ahead to another home game, this Friday at 7:00 PM against the Western Kentucky Hilltoppers (1-2).