Even in a loss, Saban proves why he is the greatest of all time. 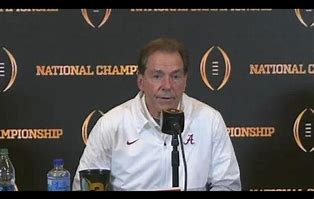 Last night in Indianapolis, the Georgia Bulldogs defeated the Alabama Crimson Tide 33-18 in what was an absolute classic to become the national champions of college football for the first time since 1980. The 41 years have been grueling years for bulldog faithful. Georgia Head Coach Kirby Smart, who worked for Alabama as DC from 2007 to 2015, was able to beat his former team and mentor for the first time since being at Georgia. The talk all week leading up to kickoff was “Can they beat the G.O.A.T.”?

In sports we use the term “G.O.AT.” or Greatest of all Time quite loosely. We debate who in our opinion is the greatest quarterback, running back, or coaches off all time and have different arguments for each debate. This makes for great conversation and can be fun to discuss with friends around the country. When it comes to the greatest College Football coach of all time last night should have answered that question for everyone.

When you look at the career of Nick Saban at Alabama it has been stellar to say the least. He has encompassed a total record at Alabama so far of 178-25 since taking the job on January 4th, 2007. This winning pedigree has helped Saban and Alabama have a stockpile of 4- and 5-star talent at nearly every position. It is about more than wins and losses that stand out to me when it comes to Nick Saban. When it comes to Alabama football two names will always live in infamy, Paul “Bear” Bryant and Nick Saban, but who is the greatest between the two? Last night, after a loss, Nick Saban in my opinion made the case that he is the greatest.

A man, who we as fans see as this fiery coach who never stops coaching on the sidelines had just lost in the national championship game. He praised his team for the season they had and how they fought in last night’s game.  He congratulated the University of Georgia on their win and exclaimed his happiness and love for Kirby Smart.  Alabama Quarterback, Bryce Young and LB, Will Anderson Jr, joined Saban on the press conference as media members from around the county asked numerous questions regarding the game and they answered. Saban would go on to answer questions then as these two players were about to leave Saban stopped them and the press conference. What he would say next is what I think sets him apart. He would go on the say “These two guys sitting up here, they’re not defined by one game they played great for us all year, they were great competitors, great leaders on this team and they contributed tremendously to the success of this team. And we would not be here without them.”

“And both of them take responsibility for the loss, but both of them contributed in a lot of ways, in a positive way, to giving us a chance to win and a chance to be here to have an opportunity to win.”

“So, I just want to thank them for that and let everybody know how proud I am of these two guys”

He showed more last night than any other night just how much this means to him. More than a loss on the biggest stage. He stopped a press conference to explain that these two players, one a Heisman trophy winner, and one the best defensive player in the country, should not be defined by one game. 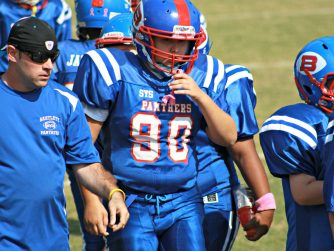 My Journey to The Senior Bowl- Part 3 – What coaching on the sidelines of youth football did for me.

In most every child’s sports career they begin at the” youth” level of competition. This level is for teaching fundamentals of the specific game they... 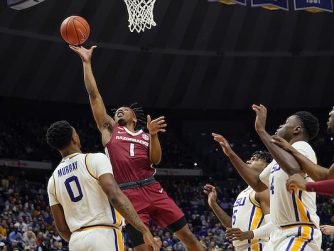 Photo Credits- Will Johnson – Facebook The Arkansas Razorback Men’s basketball team won a must win game against the Missouri Tigers on...

My journey to the senior bowl: Part Two – My Playing Days

When it comes to playing sports, everyone has their stories. My story is one that shaped me as a man. It is a story of overcoming obstacles both on... 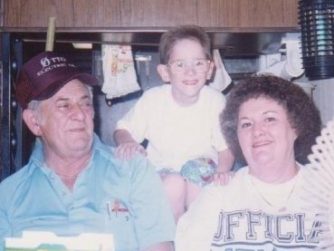 This season I, along with Brandon Bumgarner, will be covering the... 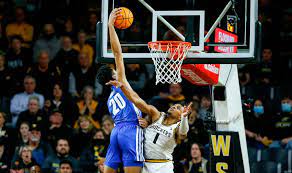 My journey to the senior bowl: Part Two – My Playing Days http://www.4star.live/my-journey-to-the-senior-bowl-part-two-my-playing-days/

We are live ln the Georgia Media Availability.