The 2023 Bogle Bombers are Ready to Defend their SEC Titles from a Year Ago. 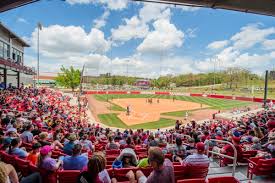 The 2023 Razorback softball team is ready to start the journey that could land them in Oklahoma City.

Arkansas won its first-ever SEC tournament championship, its second consecutive regular season title, and hosted its second straight super regional. The ladies swept the three major SEC awards a year ago, returning the reigning SEC pitcher of the year in Chenise Delce. There are positions in the field that head coach Courtney Deifel has to address before the first pitch later on in February, and her staff’s out to a great start.

Deifel has reloaded this Razorback roster for this new season with their sights set on taking that next step in reaching the Women’s College World Series. Redshirt senior Chenise Delce returns as this staff’s ace, according to Deifel, but we will see a five-pitcher rotation this season a little different than the two-pitcher rotation from a year ago.. The most significant moves were in the field this offseason as Junior Hannah Gammill has moved from third base to catching, and sophomore Spencer Prigge shifts over to third after spending time at shortstop last season.

The Razorback’s defensive fielding percentage was middle of the pack and ranked sixth in the SEC in 2022, but this team is shaping up to be one of the better teams in the league. “When you look at the skill piece, this team can flat play defense,” coach Deifel said about this year’s team.” It doesn’t matter who we put out there(in the field). They can pick it, run it down, and are very skilled defensively. This team can run; we have a lot more speed than we’ve had in the past.”

This incoming freshman class adds speed that could dynamically change the opposing team’s approach to the Hogs and not just be a team that can hit the long ball. “If you look at our lineup the last few years, other than KB (Sides) last year, it was power,” said Deifel about the offense this year. “KB had power too, but she had speed. Power has been our game, so there will be a lot more layers to our offense this year. I think it will. I think they are going to have to respect more facets of our offense other than just our power game.”

The 21′-22′ season ended with a hard-fought series loss to a red-hot Texas Longhorn program that reached the World Series final and lost to the eventual champion Oklahoma Sooners. The accolades from the previous year could fill a trophy case, and this 2023 team has a chance to be better than the last two previous teams’ offensive fireworks; plus, the incredible fans have made Bogle Park an intimidating venue for any team on the schedule. It’s wild to fathom that this team of fresh new faces has a real shot to top the previous year’s accomplishments.

Coach Deifel guided them to a program record of 19 conference wins, 48 total won overall a year ago. The season will start on the road with the Razorbacks traveling to beautiful Las Vegas, NV., to compete in the Rebel Kickoff. The following week the ladies head to Clearwater, Fl. for the Taxact Clearwater Invitational, the first two weekends of the season.

The SEC defending regular season and tournament champs will begin their regular season title defense on March 10th as they open league play against Texas A&M. The Hogs will also host Florida, Georgia, and Tennessee for the home portion of the SEC schedule. The Ladies will travel to Alabama, Kentucky, and Mississippi State, then finish the season on the road at Missouri.

Arkansas will kick off the opening weekend at Bogle Park with the Razorback Invitational on February 23rd. They will face Arizona, Drake, and Illinois State over the first weekend at home. They follow that up the next weekend with the Wooo Pig Classic as they host Iowa State, North Texas, and Texas A&M-Corpus Christi starting on Thursday, March 3rd.

For the first time in 13 years, Bogle Park will host the SEC Tournament on May 9th-13th in Fayetteville. The ladies seek to become the first repeat champs since the Florida Gators did it in the ’18 & ’19 seasons. Alabama holds the most tournament titles, with 6 in league history. 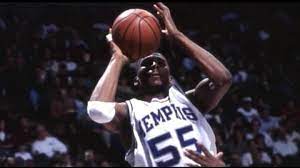 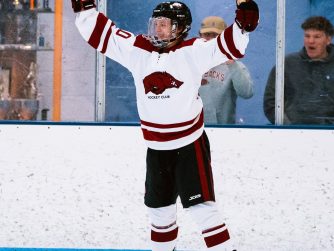 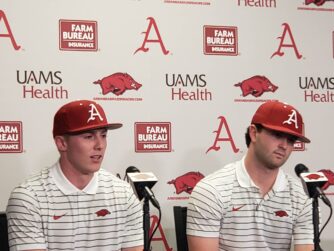